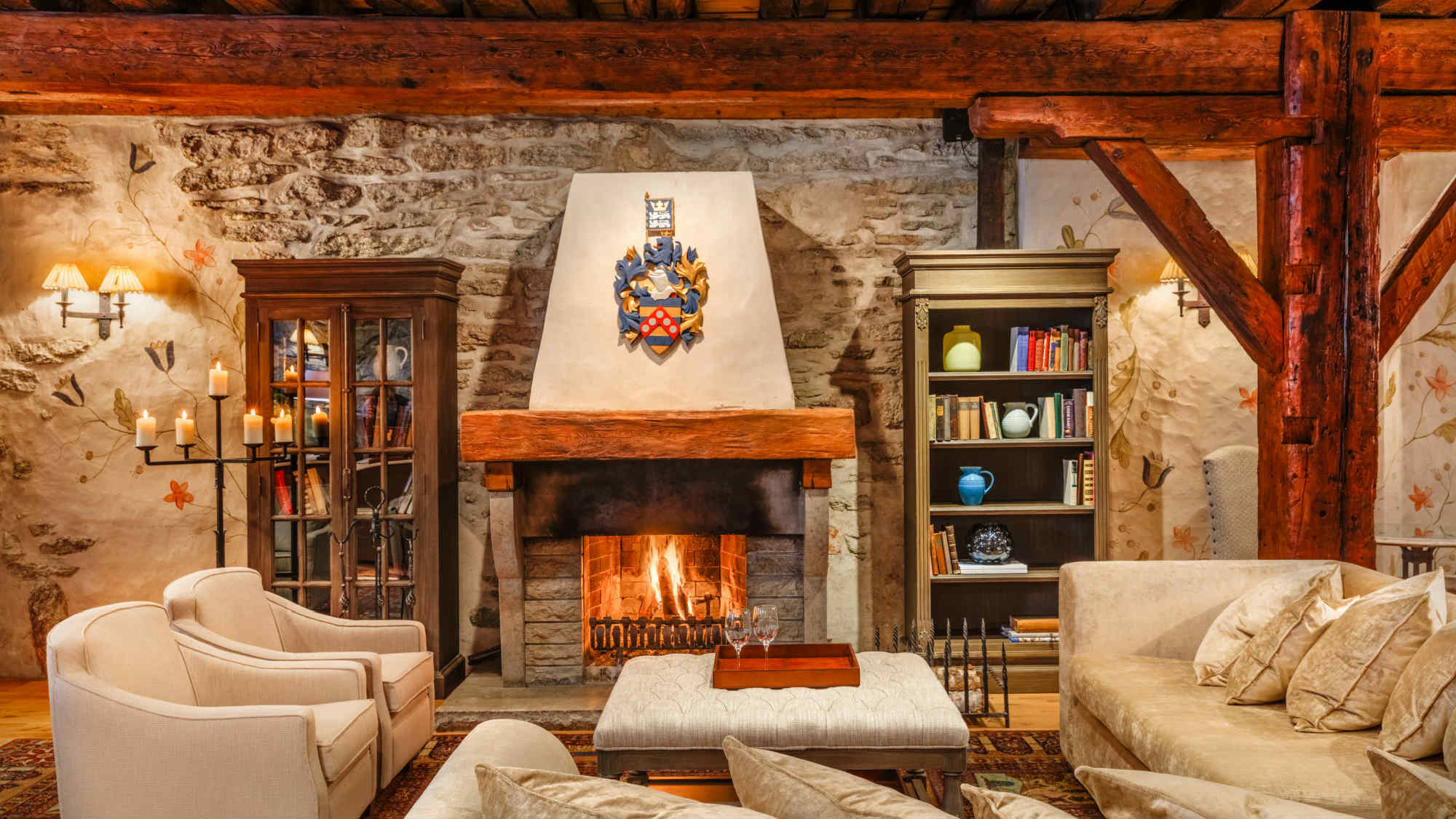 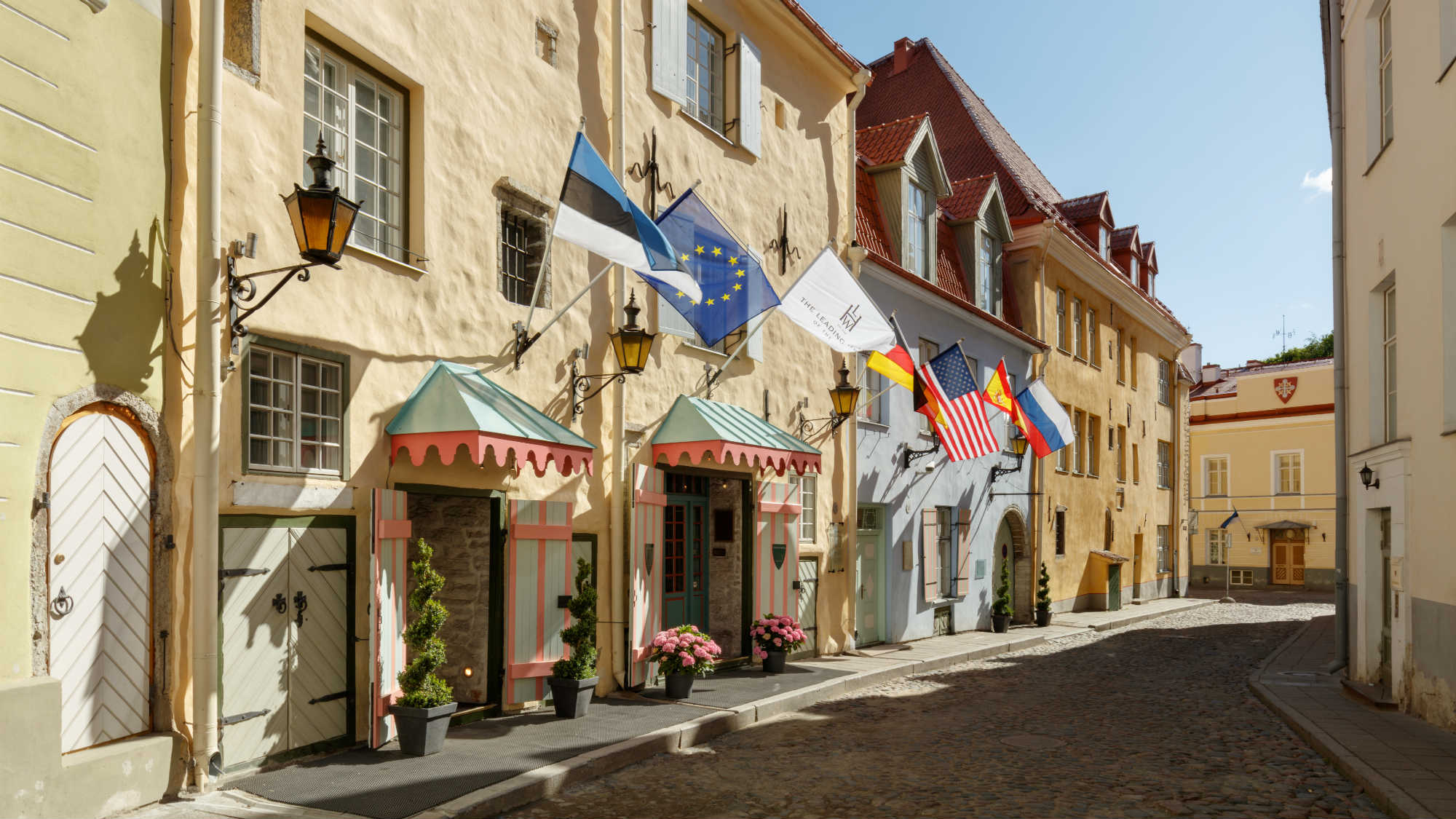 Tallinn in the 13th century was a thriving Hanseatic trading centre where merchants and nobles from all across Europe came to do business. This fortified medieval city was one of the most famous ports in the eastern world, home for goods brought from ships that sailed from as far away as Africa, and by horse and carriage from both east and west. Tallinn was and still is a trading city, and many of the old medieval buildings are a continuing tribute to that legacy.

The present site of Schlössle Hotel is on the very same narrow cobblestone street where numerous storage buildings and merchants houses were located. Called, the Holy Spirit, this was a principal road leading from the central market to the harbour. Thousands passed this way, among them Tallinn’s finest, and today a visitor cannot help be awe-struck when he realises that he is walking where for over 500 years merchants traded and lived.

The corner of Pühavaimu and Vene Street – previously Monk’s Street – was first mentioned in writing in 1363 and the building which currently houses the City Museum was then a merchant’s home. Large stone storage buildings already stood at the site of the current “Schlössle Hotel” at the time and the first known owner of these warehouses was a Tallinn alderman, “Consul” in Latin, who lavishly adorned his home in gold coloured stone and coffer vaulted stairways.

In 1464 bürgermeister Marquart Bretholt purchased this “stenhus” and soon after, in 1470, the same “dominus et consul” Bretholt became the owner of the buildings on the corner of Vene (then Munga) Street. There was only one entrance to the inner courtyard, through the gate building housing storage rooms and living chambers. This construction, where Consul Bretholt walked each day from Tallinn’s Town Hall remains preserved to this day in the monumental rounded-arch gothic portal leading to the courtyard.

Over the centuries, the group of buildings on Holy Spirit Street have seen numerous owners, among them members of Tallinn’s most distinguished patrician families. Prestigious and noble names such as Viant, van Husen, Blanckenhagen, Hetling, Intelmann and Schlovin all appear in many of the town’s records as having lived nearby. But it was during Tallinn’s siege by Russian forces in 1710 that the black plague spread, and the storehouses and wonderful homes alongside this street were left abandoned and in ruins for many years.

In 1739 famous merchant Wilhelm Brinck purchased the twin storehouses. The right storehouse was restored in the year 1758 and the buildings saw extensive changes throughout their reconstruction. Triangular gothic gables were demolished and the cellars and ground floors were newly vaulted.

All the inserted ceilings were replaced, and the stone-framed cargo windows on the façade were replace with baroque windows. Originally all the doorways, windows and ventilation openings were framed in stone – but today only a few remain.

In spite of all the changes, the sturdy medieval base-walls still stand and the building at Pühavaimu 13 can be considered as so-called “baroque-gothic”. As the importance of residential space increased, richly decorated tiled stoves painted in blue were introduced as sources of heat. Painted acanthus leaves on the ceilings are a testament to these rooms also having been later converted from storage spaces to opulent living quarters.

Book a room or package » 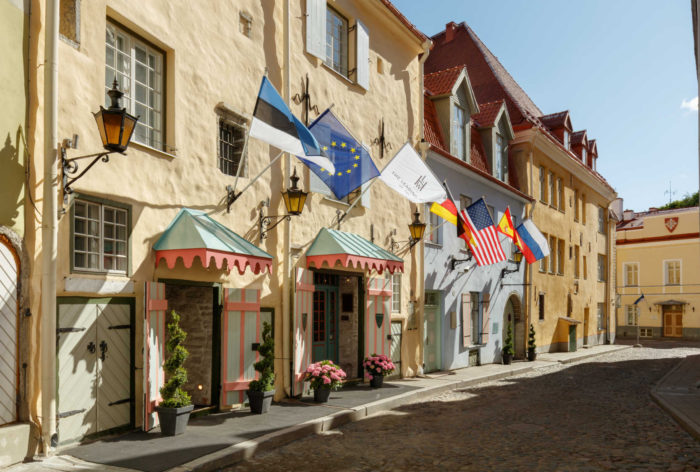 “Schlössle Hotel” has painstakingly preserved all the valuable old structural details and exposed them in their original splendour. Almost as if untouched by the passing centuries, the central chimney, portals of cut stone, small spiral staircases, and living chambers with irregular corners and wall niches, all this belongs to classic limestone architecture from medieval times and can be experienced as they once were. We believe that Marquart Bretholt and the many that followed him would be happy to know that their guests feel comfortable and safe within these noble walls. 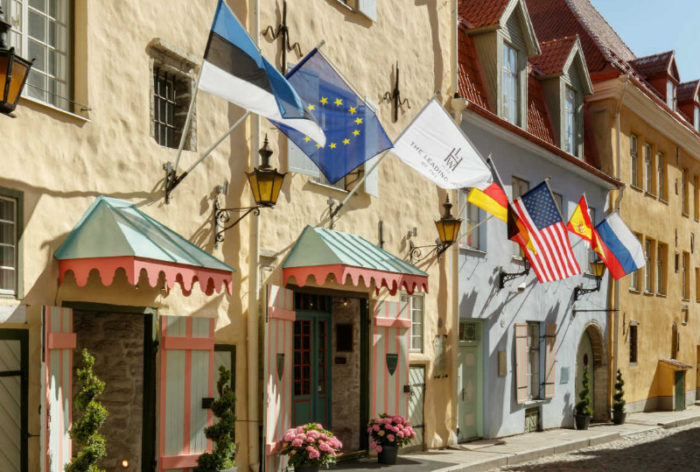